The ethical controversy around geoengineering

OIF in particular, and geoengineering in general, raises many moral and ethical concerns at the core of the controversy which we will present here.

Next page: scientific controversy
Ocean fertilization has to be studied in a context dominated by the overarching threat of climate change. The recent report of the IPCC paints the scenario, alerts about the potentially disastrous consequences of inaction and emphasizes the pressure of time. At the same time multilateral political negotiations appear, in the eyes of many, to have come to a dead end.

It is in this context that geoengineering, “the deliberate large-scale manipulation of an environmental process that affects the earth's climate, in an attempt to counteract the effects of global warming”, has gained momentum as a potential “Plan B” if other solutions fail. Geoengineering differs from other engineering techniques when it comes to its scale- which is planetary- its intent- voluntary modification of the climate- and its probable effect- irreversibility.
Geo-engineering is not only an extraordinary, far reaching and of course highly controversial set of engineering techniques and methods, it also embodies an ideology and serves as a political tool, which raises important ethical questions. Thus, it might be what Winner calls a set of technologies which are inherently political, independent of their specific usage.

Ocean fertilization, as one of the techniques within the large pool of geoengineering, thus gains a new significance and an important political dimension. Investing in fertilization research, doing fertilization experiments, carrying out field trials, discussing and contesting results- normal processes of scientific knowledge construction- all relies on the conception and acceptance of this very principle of geoengineering at the end of the day.

How is the debate on ocean fertilization moulded by its historical, ethical and political context? 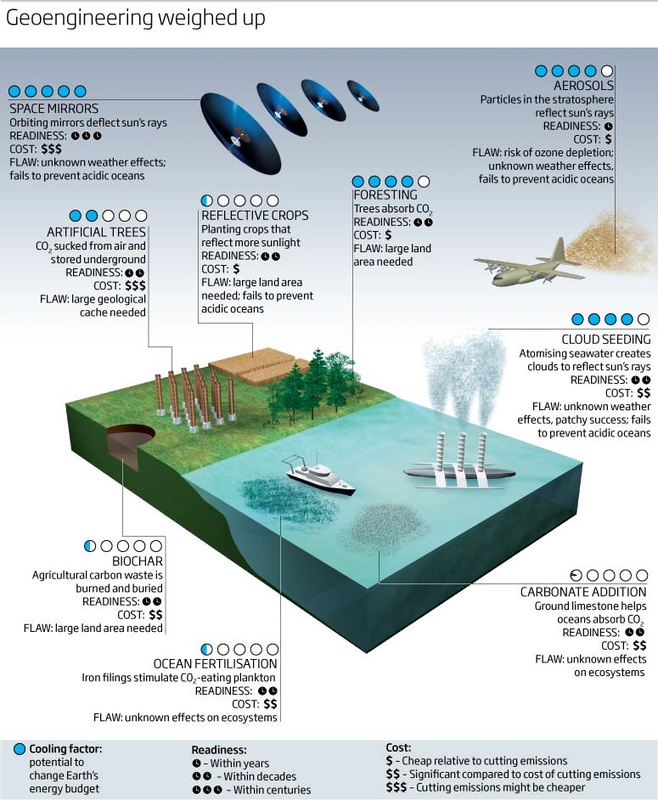