There are a variety of actors involved on the Ocean Fertilization controversy, from scientists to activists, social scientists and lay people. Here we try to present them in a coherent way.

next page: Bones of contention 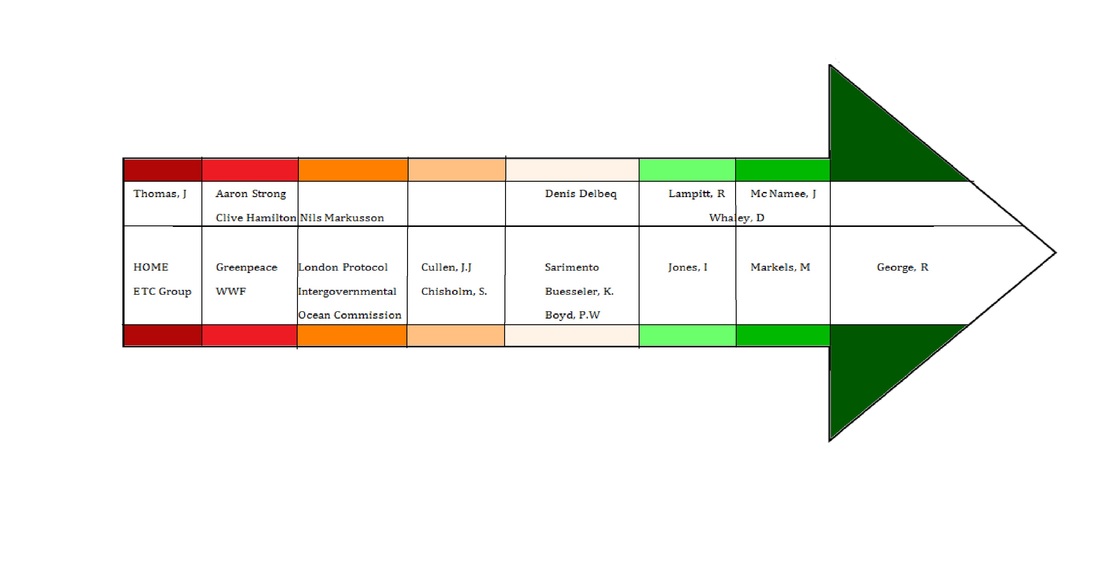 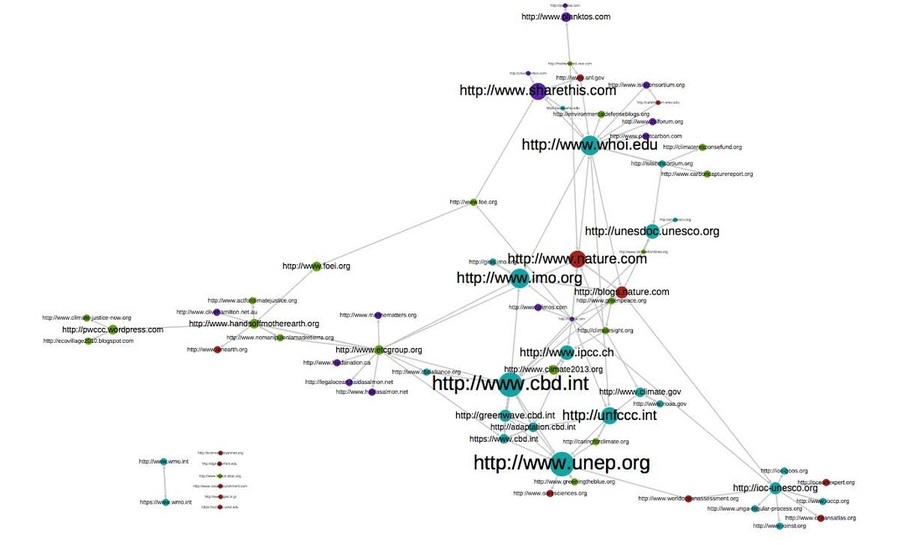 Most of the links on Ocean Fertilization are news articles in generalized or specialized media, the rest consist of some NGOs, some companies and international regulating offices. This is in part due to the differentiated actors’ positions: because some actors are morally against all forms of geo-engineering their websites tend not to focus exclusively on the Ocean Fertilization controversy. A quick viewing of the network shows some interesting aspects. The most cited pages are of accredited scientific sites like Nature and of public regulation offices working on Ocean Fertilization guidelines like CBD or UNESCO. These pages are cited by NGOs, private companies and public offices alike. Two interesting pages can be highlighted here. One is that of the ETC group which covered the 2012 controversial Ocean Iron Fertilization trial in Canada. The second one is formed around Climos, the largest private company dedicated to support, finance and commercialize Ocean Fertilization. It is thus at the center of scientific research and general debate on the subject.
Next page: Bones of contention